Quinoa is one of the world’s most popular health foods.
Quinoa is gluten-free, high in protein and one of the few plant foods that contain sufficient amounts of all nine essential amino acids.
It is also high in fiber, magnesium, B-Vitamins, iron, potassium, calcium, phosphorus, Vitamin-E and various beneficial antioxidants.
Here are 6 health benefits of quinoa

1.Very High in Protein, With All the Essential Amino Acids:

Protein is made of amino-acids, nine of which are called essential, as your body cannot produce them and needs to obtain them through your diet. If a food contains all nine essential amino acids, it’s referred to as a complete protein. The problem is that many plant foods are deficient in certain essential amino acids, such as lysine.
However, quinoa is an exception to this, because it contains sufficient amounts of all the essential amino acids. For this reason, it’s an excellent source of protein. It has both more and better protein than most grains. 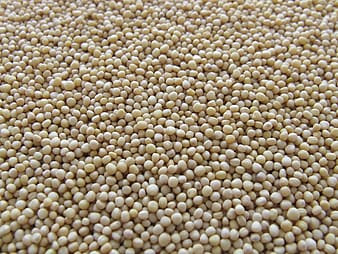 2.Has a Low Glycemic Index, which is Good for Blood Sugar Control:

The glycemic index is a measure of how quickly foods raise your blood-sugar levels. Eating foods that are high on the glycemic index can stimulate hunger and contribute to obesity. Such foods have also been linked to many of the common, chronic, Western diseases like type 2 diabetes and heart disease. Quinoa has a glycemic index of 53, which is considered low.

Many people don’t get enough of certain important nutrients. This is particularly true of some minerals, especially magnesium, potassium, zinc and iron. Quinoa is very high in all 4 minerals, particularly magnesium, with one cup providing about 30% of the Recommended-Dietary-Allowance.

Quinoa is very high in antioxidants, which are substances that neutralize free radicals and are believed to help fight aging and many diseases. One study, researching antioxidant levels in five cereals, three pseudo-cereals and two legumes found that quinoa had the highest antioxidant content of all ten foods. Allowing the seeds to sprout seems to increase the antioxidant content even further.

In order to lose weight, you need to take in fewer calories than you burn. Certain food properties can promote weight loss, either by boosting metabolism or reducing appetite. Interestingly, quinoa has several such properties. It’s high in protein, which can both increase metabolism and reduce appetite significantly. The high amount of fiber may increase feelings of fullness, making you eat fewer calories overall.

6.Gluten-Free and Perfect for People with Gluten Intolerance:

A gluten-free diet can be healthy, as long as it’s based on foods that are naturally gluten-free. Problems arise when people eat gluten-free foods made with refined starches.
These foods are no better than their gluten-containing counterparts, as gluten-free junk food is still junk food. Many researchers have been looking at quinoa as a suitable ingredient in gluten-free diets for people who don’t want to give-up staples like bread and pasta.
Quinoa has been around for millennia. The Inca called quinoa chisaya mama, or “mother grain.”  Not only was it a vital source of nutrients for the Inca people, it was used in religious ceremonies.  When the Spanish came to the new world, they believed the simple grain was a false idol, and burned quinoa fields far and wide. Luckily for us, they couldn’t wipe it out entirely.
Quinoa has been so important throughout history that the United Nations has declared 2013 the International Year of Quinoa. We’re just helping you get a head start.

Quinoa salad with beef and avocado: