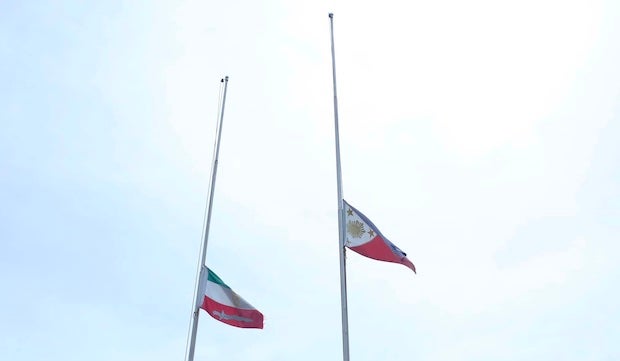 COTABATO CITY, Maguindanao, Philippines — The Philippine flag flies at half-staff in entrance of the Workplace of the Chief Minister of the Bangsamoro Autonomous Area in Muslim Mindanao (BARMM) to hitch the nation in mourning the passing of former President Fidel Valdez Ramos.

“President Ramos led a number of breakthroughs within the Bangsamoro peace course of, together with the historic signing of the Remaining Peace Settlement between the nationwide authorities and the Moro Nationwide Liberation Entrance in 1996,” Chief Minister Ahod “Kagi Murad” Ebrahim mentioned in his message on Monday.