What Is Topology And Types Of Topology? 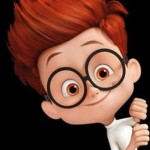 I am going to discuss topology and what is it and we are going talk about this and I will clear it up after reading my article you will be aware of this and your all doubts will be clear so I think now I should talk about our topic so there you go.

Here your all confusion will be clear I will make you understand. So network Topology is the arrangement of the various links, nodes, etc. of a computer network. Essentially, it is the structure of a network and many may be depicted physical Topology as the placement including device location and cable installation, while logical topology illustrates how data flows within a network regardless of its physical design. Distance between nodes, physical interconnections, transmission rates, or single types may differ between two networks yet their Topologies may be identified.

Now I want to share types of network topology I will show you some types of topology there are some points.

Network Topology is the schematic description of a network arrangement, connecting various nodes(sender and receiver) through lines of connection.

It is called ring Topology because it forms a ring as each computer is connected to another computer, with the last one connected to the first. Exactly two neighbors for each device. I am giving you a minor glimpse of these so I hope you will understand.

It is a point-to-point connection to other nodes or devices. All the network nodes are connected. Mesh has physical channels to link in devices.

Bus topology is a network type in which every computer and network device is connected to a single cable. When it has exactly two endpoints, then it is called Linear Bus topology.

It has a root node and all other nodes are connected to it forming a hierarchy. It is also called hierarchical topology. I don’t make it lengthy and after reading this you will be confused that’s why I am explaining you simply.

What Is Affiliate Marketing? A Brief Guide